There are a few modules in the Elixir stdlib that everyone is familiar with. Modules like Enum, Map, and String are used so frequently they have earned a certain level of ubiquity.

If you dig a little deeper, you will find a few specialized modules. Ones with names like Path, and Port, and the one we are focusing on in this article — Version.

The module definition is pretty straightforward:

Functions for parsing and matching versions against requirements.

Before going any further, it is important to mention this module expects and relies on the versions to follow the SemVer 2.0 schema.

While the semantic versioning schema lists a whole host of recommendations, there are 2 that are particularly important:

The version module works with 2 types of data; Version structs, and requirements.

Versions can be created by passing a string into the parse!/1 or parse/1 functions. If the string does not match a valid semantic version format, you will get an InvalidVersionError. 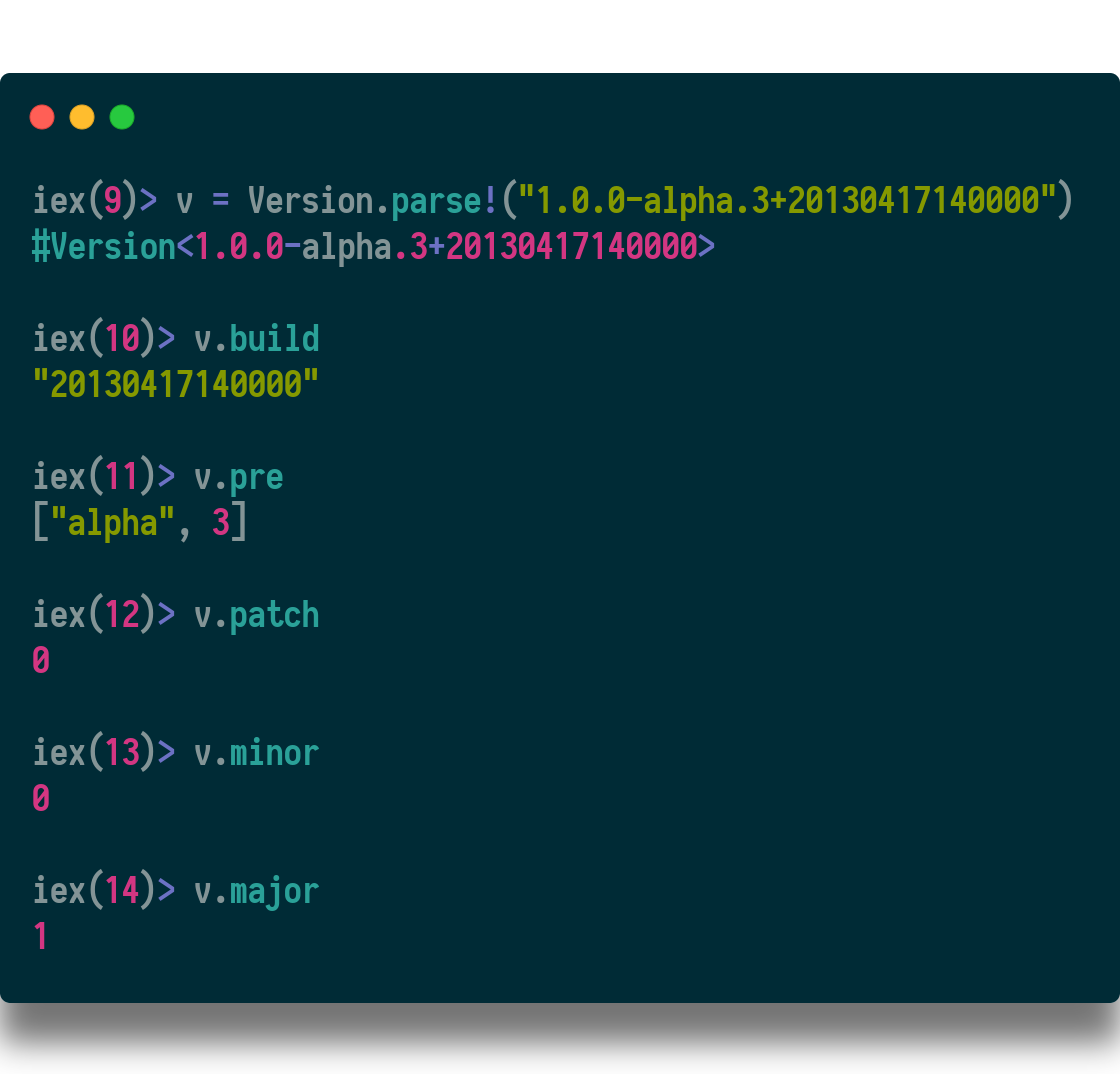 Requirements allow you to specify which versions of a given dependency you are willing to work against. Requirements support operators like: ~>, ==, >=, <=, >. 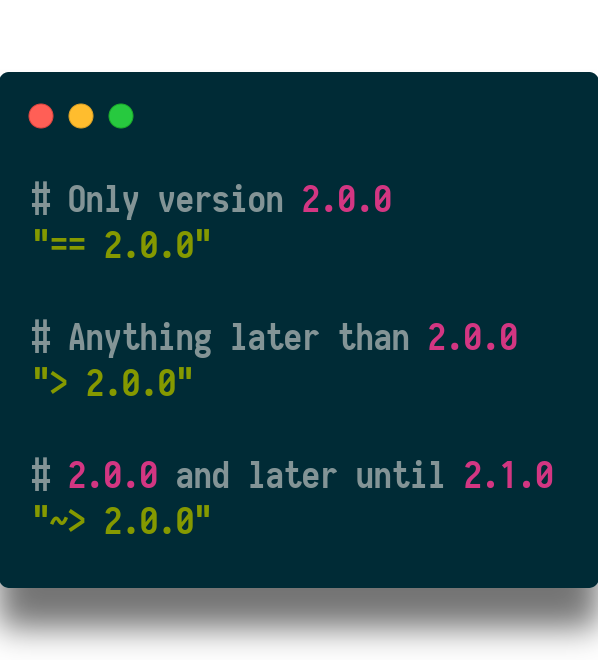 You can create a requirement by using the parse_requirement/1 function.

What is the Version module used for?

One reason for using the Version module is to compare two semantic versions. Here is an example of the compare/2 function being used in a very popular piece of Elixir software:

In this example, you can see that the system Elixir version is compared to 1.4.0. The return from that function is always one of: :gt :eq :lt. So, this code specifically checks to see if the installed Elixir version is less than 1.4, and if so uses the Enum.partition/2 function. That function was deprecated in 1.4 and replaced with Enum.split_with/2, which is what is used in the else block.

The other reason the Version module is used is to see if a version matches a requirement. Here is an example: 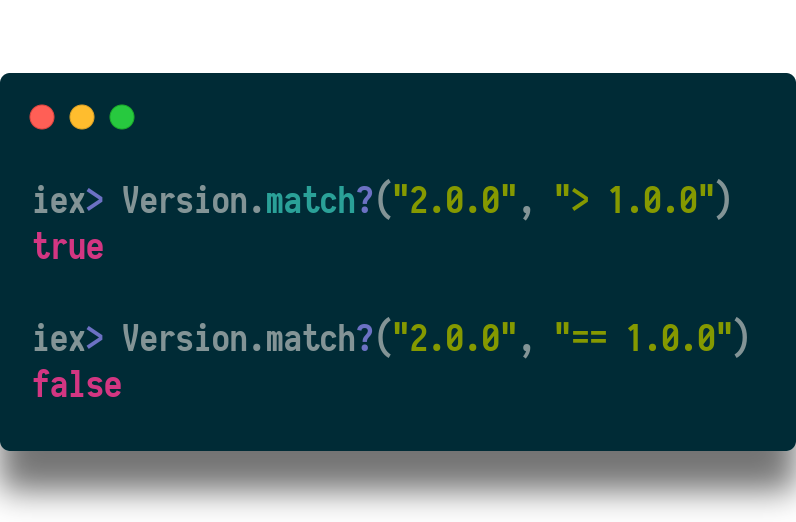 The Version module is pretty small, and has a limited number of use cases. But when you find yourself trying to deal with version numbers, you will be glad you know about it.